The best time to visit Tanzania for a safari is during the dry season from late June to October. Tanzania has two distinct rainy seasons: April to May (the ‘long rains’) and November to December (the ‘short rains’). Generally, the country’s ‘long rains’ produce tropical downpours in the afternoons and some safari camps may close. The ‘short rains’ bring about the occasional brief shower.

The best time to visit Tanzania is from July to October when the country is at its driest. This coincides with the migration river crossings, however, all the parks offer amazing wildlife sightings at this time as the grasses and bush are at their least dense.

Most safari areas in Tanzania enjoy warm days and cool evenings year-round. While temperatures drop to below freezing on Mount Kilimanjaro and Mount Meru, the country’s Indian Ocean coast and lakeside regions are hot and humid. The best time for a Tanzania safari will depend on where you want to go and what you want to see. For first-time safari goers, the best time to go to Tanzania is usually during the dry season, as wildlife is easier to track and spot. Whether you're visiting Tanzania for the first time, understanding the difference between the safari high season vs low season is a great place to start.

Start Your Tailor Made Tours. Just Let Us Know
And We Will Make It Happen.

If you’re a nature buff and Africa is your next holiday destination, then keep this Tanzania Travel Guide handy to explore the best places around the country. In our comprehensive Tanzania Travel Guide will put forth the basic requirements and things to be kept in mind while planning for Tanzania Safari Tours.

Don’t stress, brings you the most reliable and practical Safari

Tanzania Visa is required for citizens of many countries like UK, USA

If you get the hint right, you should know how important your Tanzania Travel Insurance

Tanzania is generally a safe, hassle-free country. But to find the real delight of Safari

All our holidays support local communities & nature - bringing you closer to both. So are you in the path of Responsible Travel?

Bespoke, personal and designed just for you. Want to visit the beautiful destination, or start an adventure to reach to the top? 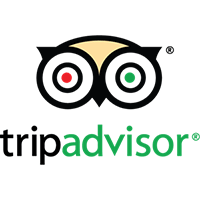 Want to know about
our offers first?